Before working on this project, I had a crappy site that I had been meaning to update for a couple years. It was built to satisfy the requirements of a class I was taking using a bloated bootstrap template, and it was hosted on a VPS that I was already paying for. Well, I finally got around to updating this site, and now I’m going to ramble about the tools I’m using to build it, and the hosting options that I explored to make it cost almost nothing.

Hugo and the HPSTR theme

To start, I’m a lazy person. My VPS isn’t a lot of work, but it’s work that I don’t really need to do anymore since the tooling for static sites is great, and static site hosting is easy. At one point, my VPS ran more than static website, but not anymore, so it’s not worth the upkeep.

For creating content like a blog, there are lots of good static site generators. There is even this site listing them, which is provided by a static site hosting company (makes sense). Since I’m a bit of a golang fanboy, and since the tool works well, I went with Hugo and the HPSTR Theme.

But this is just some background context. The hosting is really the point of my ramblings in this post.

For a site that doesn’t get a lot of traffic, there are several options available now where you can host your site for free, or really cheaply. The tools talked about here are the ones I put on my list to explore, but I’m sure there are probably other cheap ways to achieve the same.

With Amazon Web Services (AWS), it’s really easy to use S3 and Route 53 for hosting a static site. If you want to get fancy, you can even add CloudFront as a CDN to make your website load even faster. It’s cheap, and to host this site, at the current size and rate of traffic, the calculator shows that it would be pennies each month, and under $0.10 a month if I add CF.

These fees assume that you are out of the Free Tier usage. If you ran your site for a year on AWS, you would probably get a good idea of what it will cost you later. My site gets almost no traffic, so know that your bill could be a bit higher.

I’ve been working in AWS for a couple of years now, and I’ve deployed static content using S3 before. I love not having to rack and wire servers anymore (yes I’ve racked servers), but the more I use AWS, the more it’s inconsistencies annoy me. Some services are better than others (S3 being a better one), but I like the idea of seeing what else is out there, and if the other cloud providers are any better.

As I just mentioned, I wanted to check out other cloud providers because I get annoyed with AWS sometimes. Google Cloud Platform (GCP) has always interested me for some reason, so I used this as an excuse to play around with it. In my initial usage, I’m impressed. The UI is much prettier, and more user friendly, and so far the docs have been great. The always free tier is better than the AWS Offering for my needs, and the $300 credit to use in the first year is compelling. Hopefully GCP will keep impressing me as I continue to play around with it.

When you look at the docs for static site hosting on GCP, there is a red flag (almost literally) that sticks out right away - GCP does not natively support hosting over HTTPS. As they call out in the docs, you can use something like CloudFlare to secure your site, or you can use Firebase Hosting. I’m kind of a nut about securing everything, regardless of what it is. I also like the idea of simple management that’s all in one place. For these reasons, I added Firebase Hosting to the list of provides to look at. 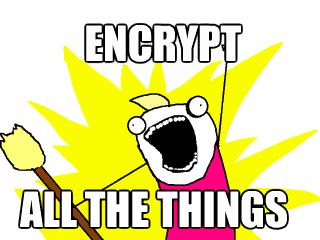 I had previously explored firebase for very simple projects, but never really their hosting. During my explorations of GCP I did learn that Firebase is basically a gateway drug to GCP, so that’s intriguing.

If you look at the pricing page, you get 1 GB of storage and 10 GB of traffic for Hosting in the free Spark Plan; that’s quite a bit for my static site needs. The documentation makes it look straight forward too.

There is a caveat with using Firebase. If you already have a GCP account on the email you are using for Firebase, it appears that have to use the pay-as-you-go plan. Still, it’s relatively inexpensive unless you get a lot of traffic.

For Azure, I didn’t explore this as much. This was one of the last ones on my list, and I found that GCP and Firebase would both give me free hosting (for my site anyways). Although Azure is still a really cheap competitor, I’m incredibly stingy. If I was already Azure, I would explore this option more. Here are the docs for more info.

The Winner is Firebase, For Now

At the time of writing, this site is hosted on Firebase. So far, I like it. In practice, the tooling was pretty easy to use (although a lot to install), and it meets my needs. Basically my workflow is what’s below. I do have some automation in there, but this is the gist of what happens.

While testing, I started scraping some metadata and searching around a bit, and I was pretty happy to find that they are probably using NGINX to host static content, Firebase hosting supports HTTP2, and it gets an “A” on SSL Labs. As a side note, they’re using Let’s Encrypt as the certificate authority.

I have two more sites to migrate off of this VPS, so I might explore using GCP and CloudFlare for one of them. For my wife’s site, I’m going to migrate it to Firebase, because it will be easy enough for her to do on her own before I get around to automating everything. I’ll stick with it for this site.

Another free static site hosting option that didn’t cross my mind at the time is Github Pages. It looks pretty straight forward, and I know several people that are happily using it. Firebase ties in to a lot of the tooling I want to experiment with, so I’m going to stick with it for now.

I don’t plan to update this post for any of the other cheap or free ways to do this, but so many people I know are using Github, so I figured it deserved a quick mention.